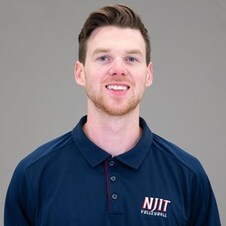 Dan Reilly has joined the NJIT men’s volleyball staff in October 2020 as the Men's Assistant Coach. Reilly comes to NJIT after one stint at Ohio State University as the volunteer assistant for the men’s volleyball program.  Prior to joining the men’s staff, he worked as the video coordinator for the women’s program in 2018.

A native of Pittsburgh, PA, Reilly served as an Assistant Coach at University of Charleston, assisting the men’s and women’s volleyball programs.

During his time as the women’s assistant coach from 2016-2018, Reilly helped lead the squad to a 42-29 record, second-place finish in the Mountain East Conference and coached three first team All-MEC players. 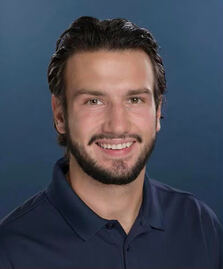 Coach Burkhardt began his playing career at Whitehall High School in Pennsylvania and also with Velocity Volleyball Club.  He then went on to play as a Middle Blocker at Adrian College where he was a four year starter and two year captain. He earned several honors including being the 4th All-Time Kills leader, 3rd All-Time in hitting percentage, 1st Block Assists All-Time, and 1st Total Blocks All Time.

Twice, Coach Burkhardt was selected as MVCL Player of the Week. He was 1 of 15 D3/NAIA players selected to play overseas in Italy through Beyond Sports. Coach Burkhardt received MVCL All Academic Team for 4 years.

Coach Burkhardt joined the Stevens Institute of Technology Men's Team in November 2021 as the an Assistant Coach helping to lead the team to a MAC championship and NCAA Semifinalist result in the 2022 season. 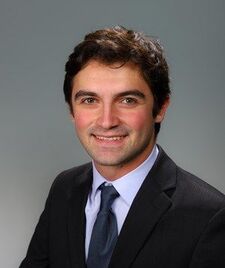 Niko Lambert joined the Terriers’ coaching staff after wrapping up his collegiate career as a men’s volleyball student-athlete at the Stevens Institute of Technology.

​Lambert played libero for the Ducks and totaled 453 digs over the course of four seasons. Lambert and the Ducks achieved nothing but success during his time in Hoboken. The program recorded a four-year record of 115-24 and advanced to the NCAA Tournament each year Lambert was a member of the program. Coach Martinez served as Lambert’s assistant coach on staff at Stevens from 2017-18. 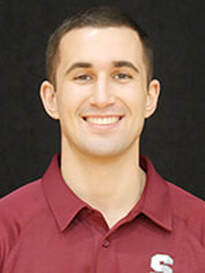 Shaun Ermi returns to the Springfield College men's volleyball program as a graduate assistant for the 2021-22 campaign.  A native of Rush, N.Y., Ermi is working on his Master's degree in Advanced Level Coaching.

As a student-athlete at Springfield College, Ermi was a part of historic time for the men's volleyball program as it appeared in four NCAA Division III National Championships during his career, and culminated in a pair of national titles in 2014 and 2017.

​After earning a degree in Accounting and Finance from Springfield, Ermi went overseas to play semi-professional volleyball in the United Kingdom, where he earned a Master's degree from the University of Essex in 2018.
Carlo Edra
New Jersey City University
Men's Head Coach 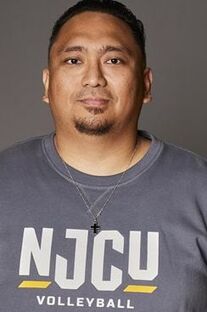 Coach Edra is one of the most successful coaches in New Jersey City University's program history. Coach Edra coached the program on a part-time basis from 2008-11 and returned in 2019 after taking time off to start a family. He is the second winningest coach in school history with 101 victories.

Coach Edra coached the Gothic Knights to their seventh 20-win season in 2009 in his second season at the helm of the program, guiding his alma mater to the ECAC Division III South Tournament semifinals as the No. 3 seed, and a 20-16 record.

In 2010, he coached NJCU to its fifth best winning percentage in school history (.621), an 18-11 ledger and to the finals of the ECAC Division III South Tournament. NJCU finished just two points shy of the championship, losing in extra points in the fifth set (18-16) in perhaps the most dramatic match in program history. NJCU also reached the North East Collegiate Volleyball Association (NECVA) Tournament as the No. 16 seed.

In his first season as head coach of the Gothic Knights in 2008, NJCU went 14-17 overall and 4-5 in the difficult NECVA Metro Division, which featured conference champion Vassar, along with nationally-ranked programs such as Stevens, Ramapo and SUNY New Paltz—with a starting lineup that included as many as five rookies on any given night.

In 2017, he worked with the Garden Empire Volleyball Association (GEVA) to help select the open division team representing the region. In 2018, he took over as head coach of the GEVA Open Division Team Freedom, guiding them to National Runner-Up distinction at the USAV Open National Championships. The roster of 13 players included five Division III and two college club players. In 2019, Team Freedom, competing independently as an adult club team, placed fifth nationally in the Gold Bracket.

​Jordan Robinson took over as the head coach of the New Jersey City University Women's Volleyball Program in July 2021.

Robinson comes to Jersey City with a wealth of experience, both as a coach and a player. Currently, he plays professionally for Team Freedom — coached by NJCU's very own Carlo Edra, head coach of the men's volleyball squad — of the National Volleyball Association (NVA). Previously, the team was known as the Garden Empire Volleyball Association (GEVA) and that organization competed at USA Volleyball nationals, placing fourth in 2015 and finishing as runners-up in 2016. He and the squad also traveled to Iceland in 2017 to compete in, and win, the Reykjavík Invitational.

As a coach, Robinson touts a strong background, most recently as the top assistant coach with Division II Holy Family University for the 2019 and 2020 seasons. During that time he helped guide the Tigers to a 33-11 record, a trip to the 2019 NCAA Division II Women's Volleyball Tournament and the 2020 Central Atlantic Collegiate Conference (CACC) Tournament Championship.

​Previous to Holy Family, Robinson spent three seasons from 2016-18 as an assistant on the Alvernia University staff. With his help, the Golden Wolves amassed 30 victories, advanced to the 2017 Middle Atlantic Conference (MAC) Commonwealth Tournament semifinals and earned a berth to that season's Eastern College Athletic Conference (ECAC) Championship tournament. Prior to his collegiate coaching experience, he spent three seasons at his high school alma mater, Brandywine Heights in Mertztown, Pa., first as the head JV coach and an assistant at the varsity level in 2013 and 2014, and then as the head varsity coach in 2015.

A 2010 graduate of Brandywine Heights High School, Robinson was a four-year member of the Bullets' varsity boys volleyball program. As a junior, he became the first-ever libero to earn All-County accolades. Following high school, he moved on to perennial Division III powerhouse Springfield College and spent two seasons with the Pride. Springfield finished as the National Runner-Up in 2011 and won the National Title in 2012. He then transferred to Delaware Valley University and played two seasons of soccer for the Aggies in 2013 and 2014, serving as team captain in his final year. Robinson graduated from Delaware Valley in 2015 with a B.S. in pre-professional biology. 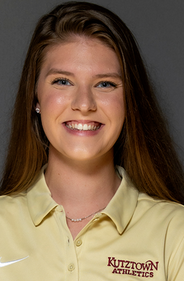 ​Brittney Moyer enters her first season as an assistant coach with the Kutztown University Women's Volleyball Team in 2021.

A standout for the Golden Bears from 2016-18, Moyer earned team MVP honors in each of her three seasons on campus and was an All-PSAC Third Team selection as a senior.

Moyer, an outside hitter, compiled 1,026 kills, 871 digs, 108 service aces and 87 blocks during her time in the Maroon and Gold. She ranks sixth in career kills and 10th in career aces at KU. Adding in her freshman season, which was spent at Lock Haven, Moyer completed her college career with 1,324 kills, 1,181 digs and 138 aces.

During the 2016 season, Moyer posted 27 kills in matches against Chowan and Millersville, which remain tied for the fifth most in a single match in team history.

Moyer earned a Bachelor of Science in criminal justice from Kutztown in 2019.